Luke was first introduced to Gracie Jiu Jitsu when Prof. Carlos Gracie Jr visited Australia in 1995. Over the next 10 years Luke travelled countless times to train at many of the best academies throughout Australia, Brasil and the U.S.A.

During this time Luke has won a number of Grappling titles as well as being crowned the 2001 NSW Pankration Champion.

As a grappling coach Luke has produced many champions at the state and national level, as well as winning the overall 2005 & 2008 NSW BJJ Federation team championship. 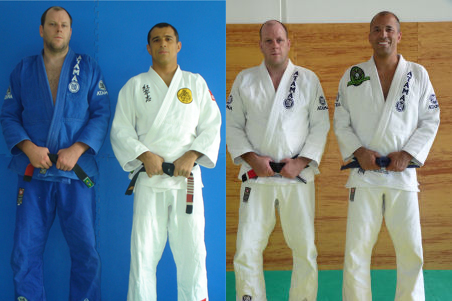 Luke studied martial arts for over 25 years, and holds the following ranks and teaching certifications.